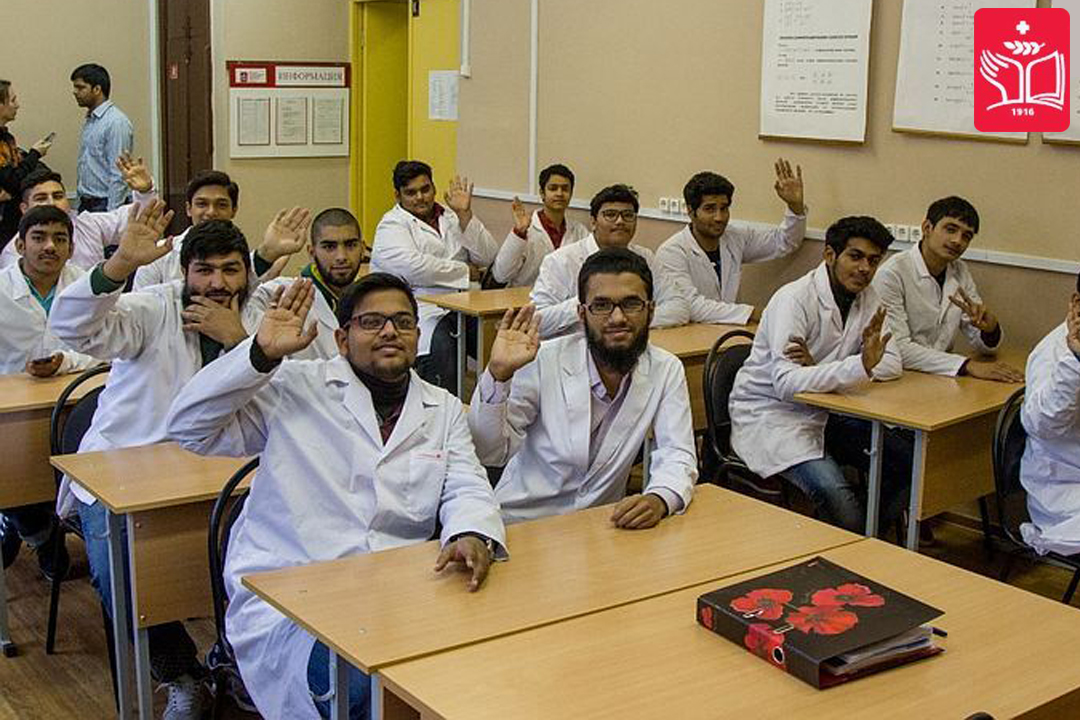 Visitors from distant Asian country learn to endure cold and admire Permian girls
The spicy smell of curry, bright curtains, small idols of Krishna and Ganesha are close to the Russian language textbooks and anatomical atlases. In Perm there was its own little India . Located in an area she stop " Velta ", where a month ago settled 128 Indian students of medical university named Wagner. Smuglokozhih boys and girls travel on public transport, walking along the embankment of the Kama and the Urals are trying to get used to the climate. After all, most of them had never seen snow.

Doctors - Indian gods
From October this year at Perm State University students from India. Especially for them, opened a hostel, taught in English, but along the way children learn and Russian. Only then it comes to Latin.

Russia and India are cooperating in the framework of the BRICS in many fields, including education, - explained the rector Irina PGMU Koryukina . - India - a large country and it needs a lot of doctors. Perm has become one of the four cities that took the Indian medical students.

Six years later, the guys will get the coveted diploma doctors.

Doctors in India - gods, they have a very good salary and respect in the society - explains the curator Vikas Saxena. - A foreign diplomas are valued higher. On the choice of the country to study played an important role international relations.We know that for us are good in Russia, there is an excellent education and cheap housing.

Vikas - a native of India, for 7 years in Russia. First studied in Tver , was then an intern in Moscow , he is now studying for a cardiologist in the Permian residency.Russian is spoken almost freely, and is a kind of bridge between the freshmen and the rest of the world.

Works as a teacher, I watch not to get sick, do not hurt yourself, do not get lost, not out on the street without a hat - smiling Fyodor. - The first days had to be with the students during the day and at night. And when they were only brought in from the airport, I instructed them: Now buy jackets, hats, gloves. What gloves - do not know, I had to explain gestures. While not get cold. Some students come from the north of India, on the foothills of the Himalayas, and there is a climate, as we have in Volgograd. But injuries happen - someone in summer shoes fell because of ice, one girl in the bus giving a hand.

Sushmita using a netbook for education and communication on Skype with their families Photo: Nikolay OBEREMCHENKO

The kids is not easy, they are thinking in Hindi, spoken in English, but now they are also taught Russian. Already know the basic phrases - "hello", "thank you."And the most frequent among them the question: "Why does the Russian people do not learn languages?". In India, even in the school lessons are in English, in fact better than the child knows the language, the greater the opportunities for career. In addition, due to the large number of dialects (and in India for more than two thousand - Ed.)., Residents of different states and communicate with each other in the language of Shakespeare.

The Indians on the level of training is very different from our graduates - says Senior Lecturer, Department of Medical and Biological Physics PGMU Jan Kustov.- Very friendly, responsive and positive guys.

"Perm - very clean city with beautiful girls"
Laughter, fuss, snow sprinkled the collar. Guys for the first time in his life playing in the snow. The Indians do not know what snow is necessary to mold into lumps and flung them like sand or water in the shallows. But this does not diminish the fun. Only my hands are not used to quickly freeze.

On the faces of guys pure delight after the first in the life of the game snowballs. Photo: Nicholas OBEREMCHENKO

Most of all surprised by the climate - too cold - says the elder group ?1 Taus Saraswat. The guy came from the tropical state of Chhattisgarh, to learn to be a neurologist. - The second problem - the language, alphabet unusual and challenging your verbs. We got a tour of Perm, was on the embankment of the Kama, in the art gallery, there is a very beautiful and interesting. And eating in the " McDonald's ", burgers, of course, did not take, buy vegetables, french fries.

Taus Saraswat: "Russian complex, but the math is no problem" Photo: Nikolay OBEREMCHENKO

Very surprised, as you have in Perm clean - lots of trees, a little debris, clean air and friendly people, too, - says the burly e Mohit.

And the Indians struck Permian vehicular traffic. In India, a fairly arbitrary attitude to traffic, but cars go slowly, so that no one knock down. So our speed for guests with Hindustan seem just space!

For students organized a food at the hostel, because Russian food for them unusual: Hindus can not eat beef, Muslims - pork, and many do vegetarians. As a student of Delhi Nishat. About dumplings and posikunchiki she did not hear, and try not happen to them. But she and her friends happy devours Ural goodies from the student cafeteria - shanezhki with jelly.

Prepare yourself from imported products, you do not have the necessary spices, - said a student from Delhi Nishat. - We usually go to the supermarket for chocolates and other

sweets.- Perm girls are more beautiful than in India, - said Rich black-eyed beauty. - But guys - no. But still, a lot of nice people, so we are helping.

Among these assistants - members of the International Committee of PGMU, a fourth-year students Catherine Muntyanova and Maxim Ovchinnikov.

While helping children to settle - with many friends now communicate in social networks, - said Maxim.

Be sure to teach them to skate and ski - promises Katya. - While students from India are poorly oriented to the city, so just go to school and back. Soon, however, we do and see in nightclubs.